The ground floor is 54,23 m2 and is basically a traditional “kamara” divided into two rooms.
Some repairs are needed.

The first floor is 57,00 m2 and consists of a large living room, a bedroom and a kitchen.
Externally there is a WC and a Bathroom that need repairs. The balcony of the first floor has
view to the nearby small canyon and to the village square.

The house is within the protected heritage area of Kato Chora in Kythira and in particular a few
meters away from the entrance of the venetian castle (historical site).
Kato Chora is located in the west of the island and is one of the three settlements that belong
to Mylopotamos village. It is the first settlement of the village and was build there due to the
protection from pirates provided by the location: hidden within the hills, but also with view to
the sea.

The first floor of the house was used as a permanent residence until the early 00s, while the
ground floor as used anymore as an auxiliary space.
The traditional “kamara” that is the ground floor was build a few decades after the nearby
venetian castle (1565), while the first floor was build centuries later. The fact that it has a high
ceiling indicates that it was used by wealthier families at the time. 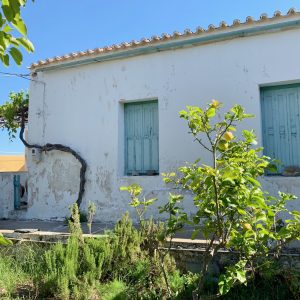 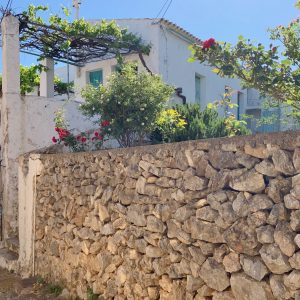 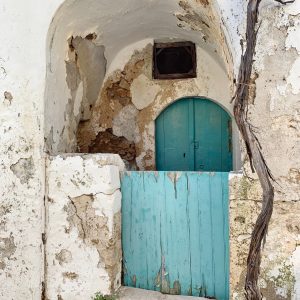 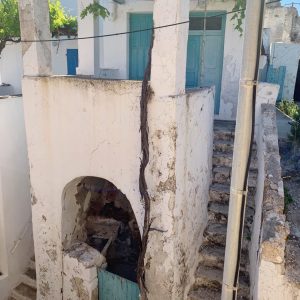 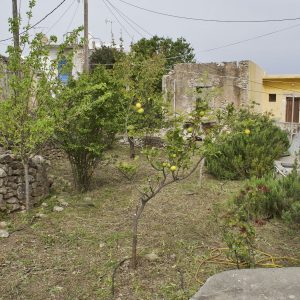 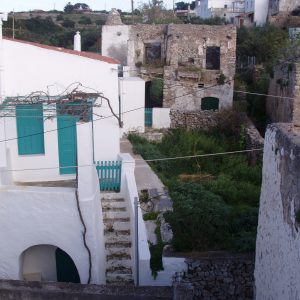 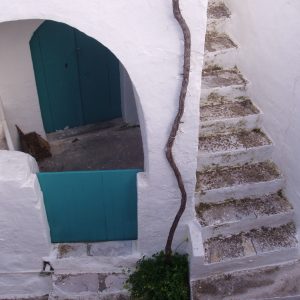 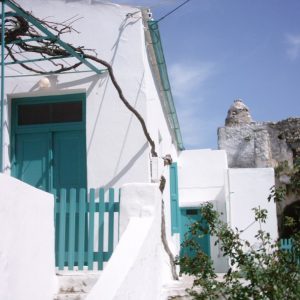 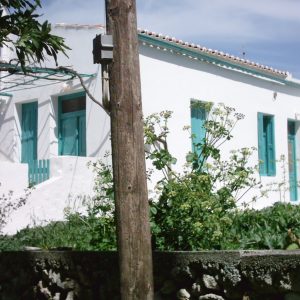 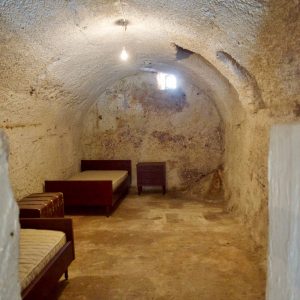 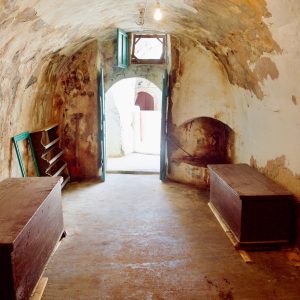 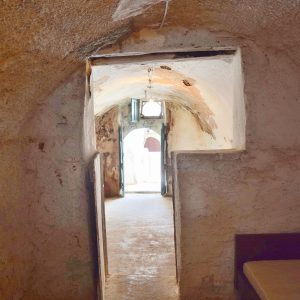 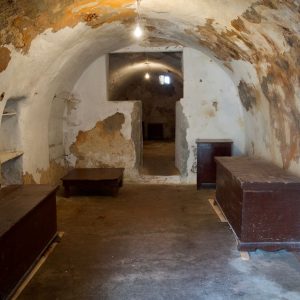 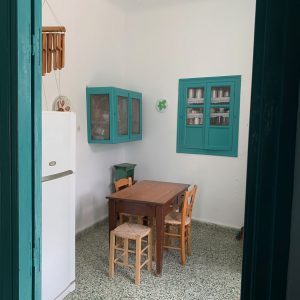 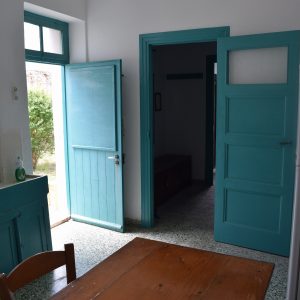 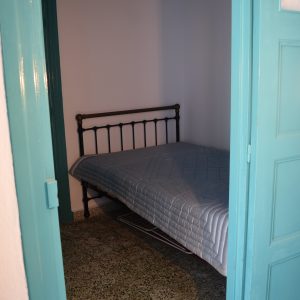 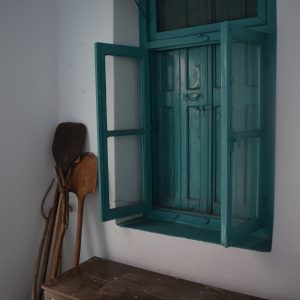 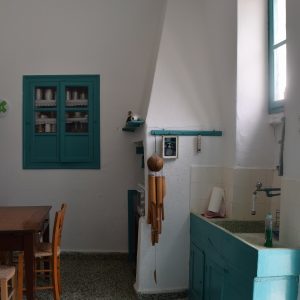 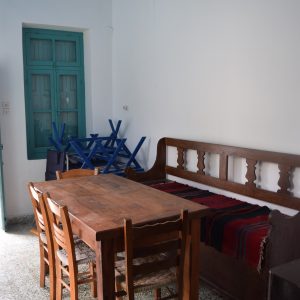 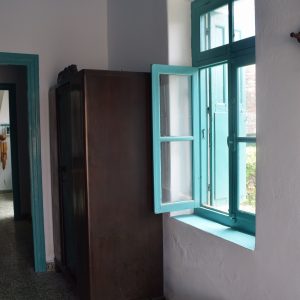 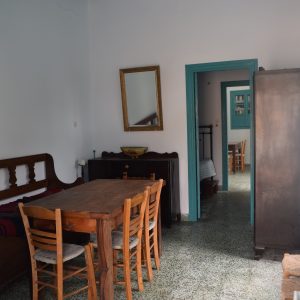 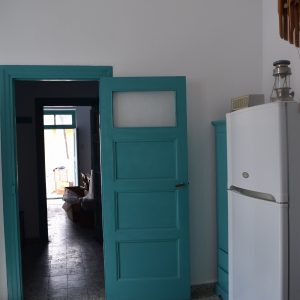